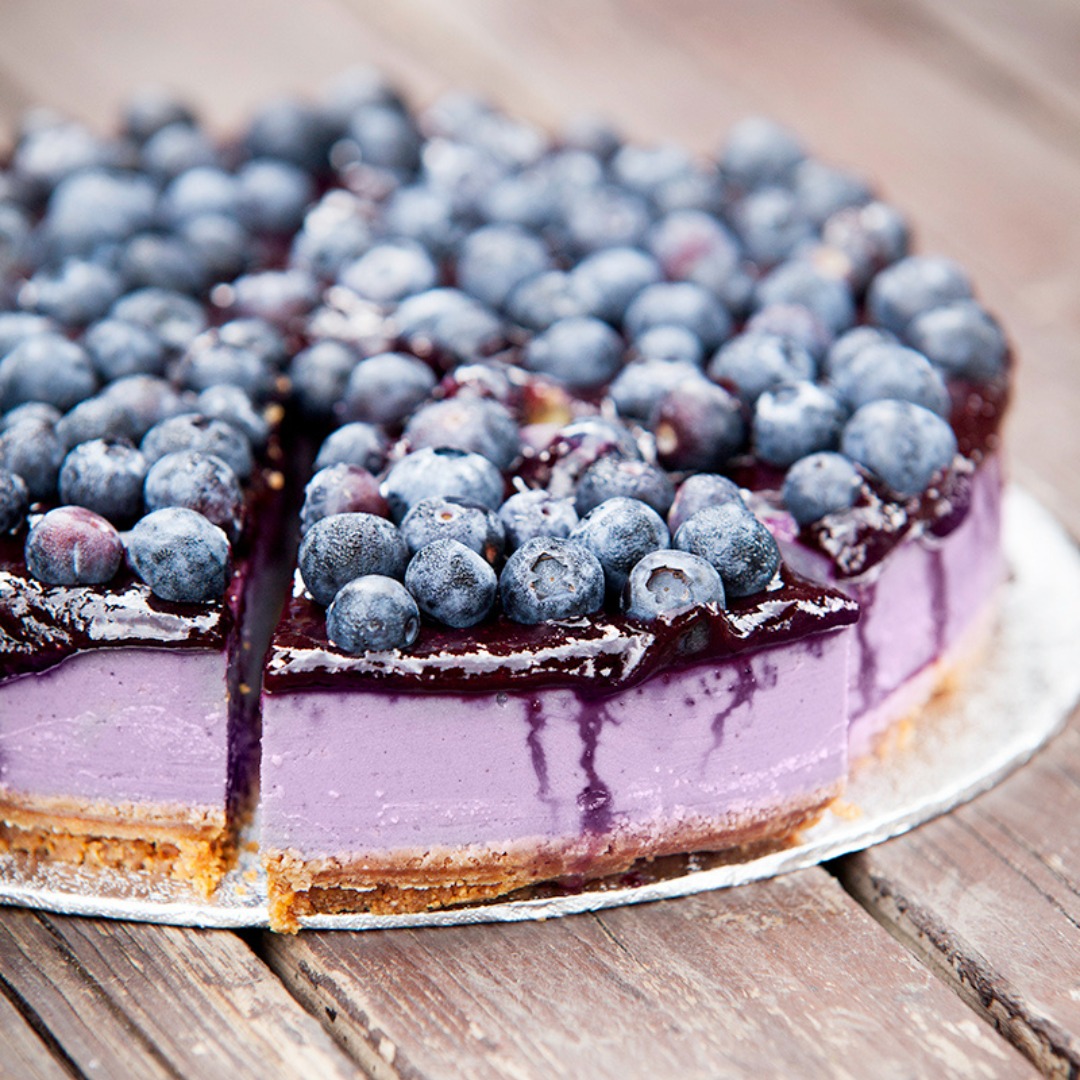 Blueberry flavor abounds in this vegan blueberry cheesecake. It has a vibrant color that nearly looks too lovely to be true!

Unlike many other blueberry no-bake cheesecake recipes, this one is created with homemade blueberry jam, enhancing the flavor and color without the need for artificial pigments or berry powder.

It’s ideal for maximizing the berry season and creates a delectable vegan summer treat like this vegan blueberry cheesecake. If blueberries aren’t in season, don’t panic; this recipe may be made using frozen blueberries or even blueberry jam!

Blueberry flavor and color abound in this vegan blueberry cheesecake. This cheesecake has the creamiest consistency thanks to a combination of vegan cream cheese, cashews, and vegan yogurt. It’s simple to create and doesn’t require any baking. Blueberries, either frozen or fresh, can be used.

Whipped coconut cream can be used to top this no-bake vegan blueberry cheesecake. To give a rich appearance as well as a rich flavor. There are never enough delicious blueberries! So, to make your Vegan Blueberry Cheesecake even more delicious, add or garnish it with fresh blueberries and violets or pansies if you’re feeling especially fancy!

What makes Vegan Blueberry Cheesecake Good to keep? Before serving, top the cheesecake with coconut cream, fresh blueberries, and coconut. Keep the cheesecake chilled inside an airtight container. It will last up to 5 days in the fridge, dependent on the freshness of the blueberries you chose to garnish with. It is possible to freeze it for up to two months in a sealed container and then defrost it for 1 hour at room temperature before serving.