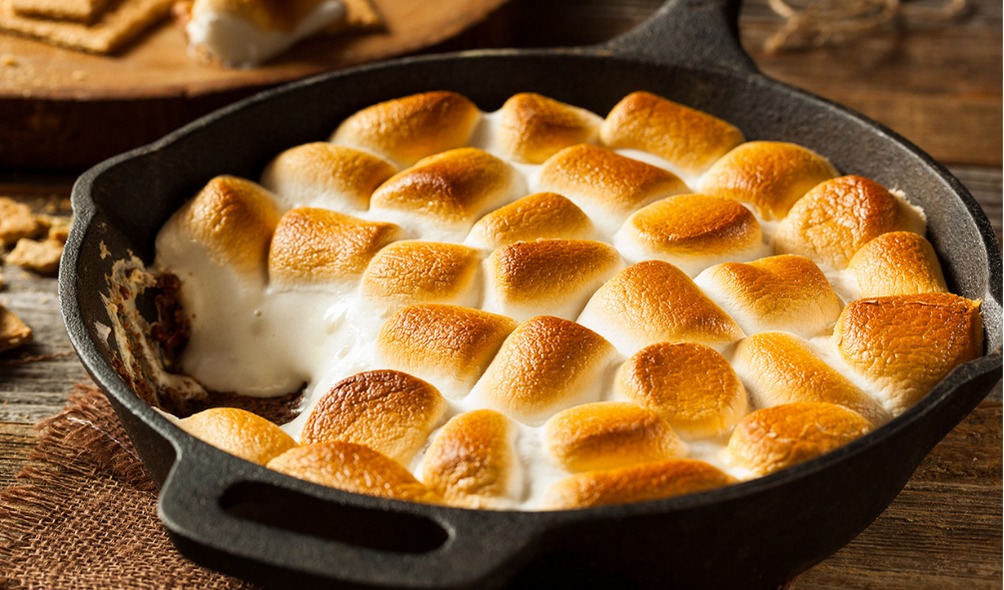 S’mores mini pies are a type of sweet snack or dessert that is made using crunchy graham crackers, gooey marshmallows, and melted chocolates. It is a campfire treat that is popular in the United States and Canada.

It is always a sweet, warm, gooey, and delicious treat for kids, which makes the temptation in them. That is why it got its name “s’more” which is the short form of “some more”. There is no specific occasion to have and it can be eaten throughout the year as a snack or dessert. Many people, both the younger and older love to have it. However, kids are their great fans because it contains all the flavors they love in one pack.

These pies can be made any time and anywhere as it takes less time since baking is not required. Also, these scrumptious mini pies require very few ingredients which makes it convenient for a home baker to prepare them. As it is simple and easy to prepare it is also known as easy s’mores mini pies widely. These mini s’ mores bites are fun to watch and eat and have the perfect size for the kids.

S’mores mini pies mainly consist of three portions. The first one is graham cracker crust. It makes the crunchy base of the mini pie. The middle portion is the chocolatey layer which is done using chocolate ganache. Ganache is made with baker’s dark chocolate and heavy cream.

Baker’s chocolates are available in the baker’s grocery stores. The last portion consists of the marshmallow fluff and it is the best combination with the chocolate layer. You can also add different toppings to the pie before serving like chocolate chips, chocolate bars, etc which is completely optional. We can also make s’mores hand pie using the same ingredients by making slight changes while preparing.

Storage – After they are cooled, the leftover ones can be stored in an air-tight container for up to one week. You can also freeze them and eat if you want them to last longer.

Difficulty – You can’t throw it in the oven and go. You must stay and observe each step and increase or decrease the baking time if necessary.