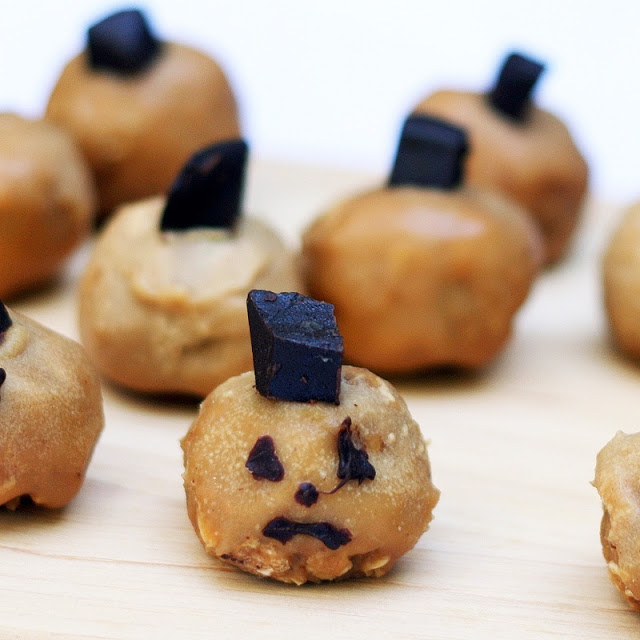 Halloween snuck up on me this year.
I feel like it was just a couple of weeks ago that october was beginning and Halloween was still a good thirty days away.
Now it’s in less than 2 weeks and, despite the fact that I’ve been running around like a mad-women trying to prepare some halloween themed recipes for you all, i’m excited. 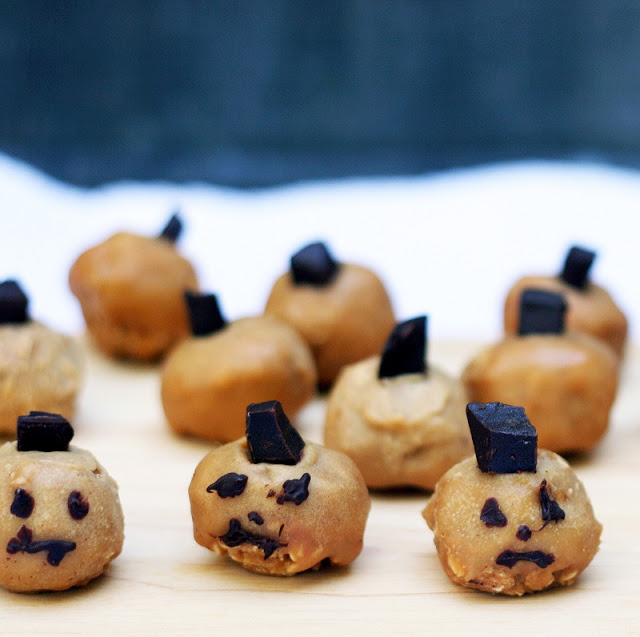 Halloween is a time for costumes, parties, and, oh right, lots and lots of candy. That’s probably the part most people (or at least kids) look forward to.
Personally, i’m not a huge fan of fruit flavored candies, but those fun-sized chocolate bars? Well, they’re another story. 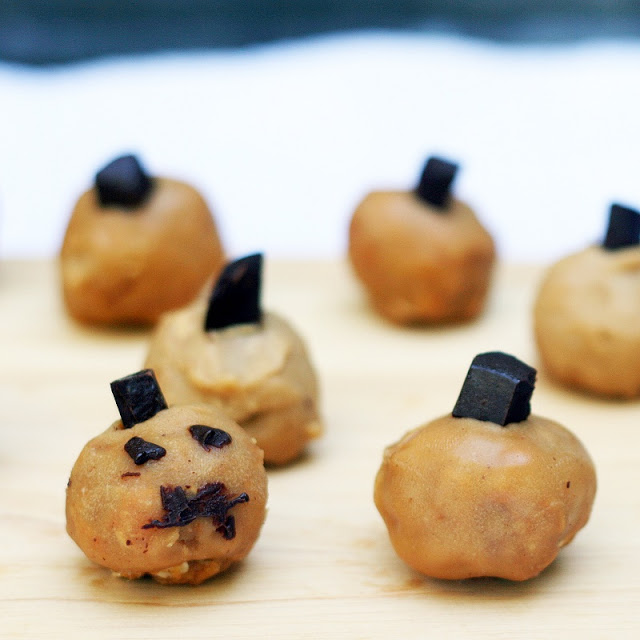 I have a thing for mini desserts, and an even bigger thing for chocolate, so when the two are combined dangerous things happen at my house. As in, some of the other family members mysteriously misplace they’re candy bars… and I suddenly gain more.
I really like them, ok? So much, in fact, that when I started to think up Halloween recipes to make, something inspired by those little guys was definitely the first idea to come to mind.
Of course, always the overachiever, I also wanted something that looked Halloween-y. That’s how these Peanut Butter Pumpkins came to be. They’re mini and contain chocolate, just like my beloved halloween bars, but, as an added bonus, they’re also shaped like cute little pumpkins.
They came out quite nicely, if I do say so myself. 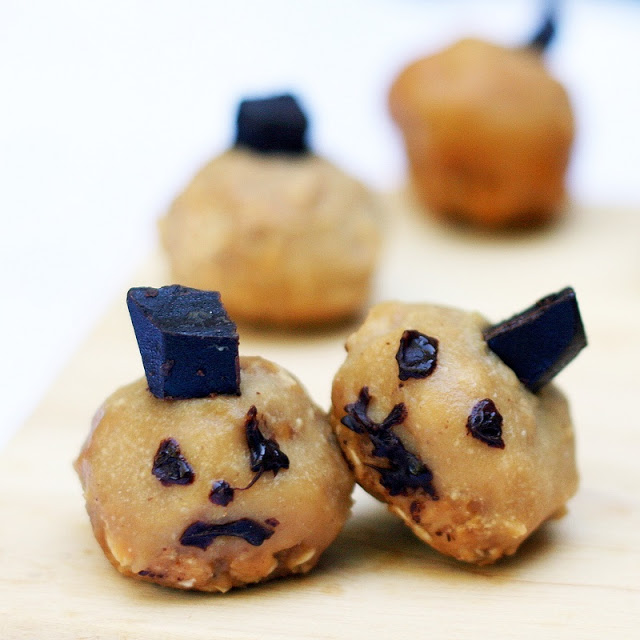 I wouldn’t say that these little guys are something you should serve if you want to scare your party guests, but if you want them to smile, well, then these are the perfect choice.

Just watch as everyone devours them with a huge grin on their face!