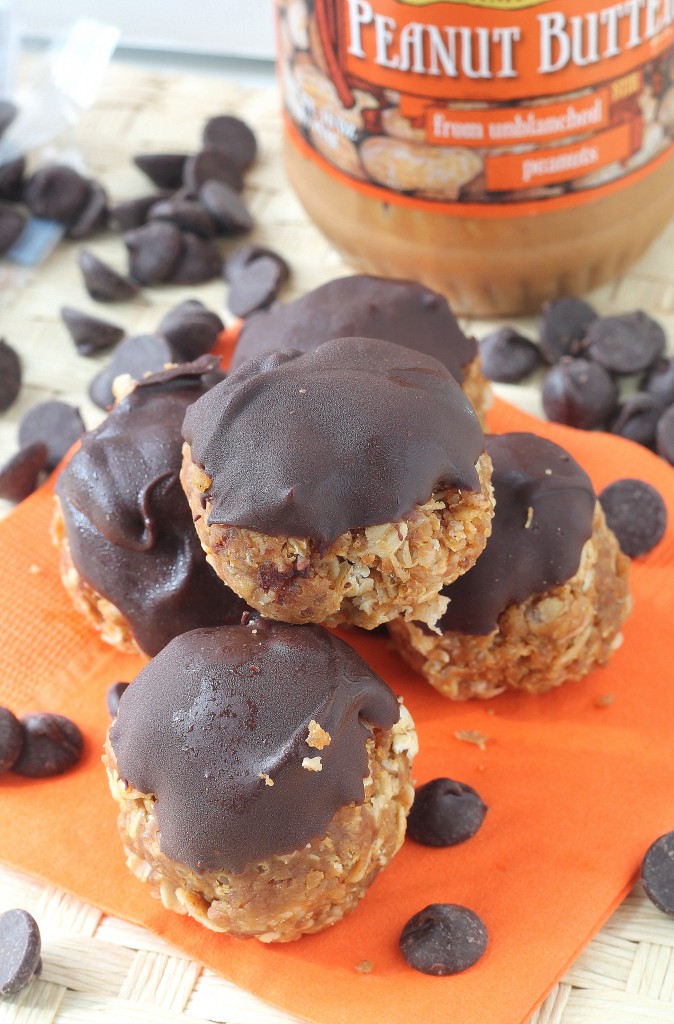 It’s back to school time and life if going crazy fast. Like the fact that it’s already the 22st of August? That’s insane!

Soon leaves will be falling and scarves will be worn and everyone will be into pumpkin again. But for the time being, it’s time for this month’s Recipe ReDux. The theme this month was to prepare some tasty treats that are perfect for spicing up lunchtime. It’s perfect timing, as I’ll be heading back to school soon (first year of high school, eek!) and I’m gonna need some snacks to keep lunch interesting.

For this recipe, I decided to go with my favorite sweet and salty duo: chocolate and PB. I made some peanut butter, oatmeal, and quinoa balls, and then dipped them in chocolate for a little decadence. They’re addicting, easy to travel with, and will provide you with enough energy to get you through the day.

Forget about a boring lunch; you’ll look forward to 12 o’clock knowing you’ve got one or two of these Chocolate PB Balls waiting for you.