This is a sponsored post written by me on behalf of Campbell’s Dinner Sauces. All opinions are my own.

Fact: Everyone loves a quick and easy dinner. 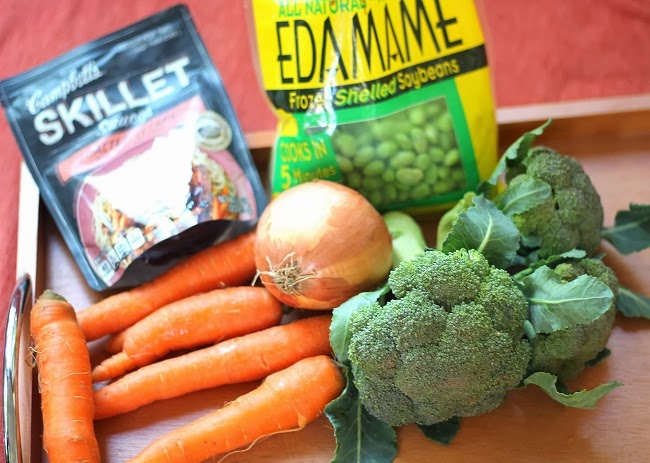 I hope I’m not alone when I say that on some days, I walk through the door, throw my bag on the ground, and just plain want food. At those times, it’s no fun to have to prepare a nice dinner… but that doesn’t mean I don’t want to be eating delicious food! 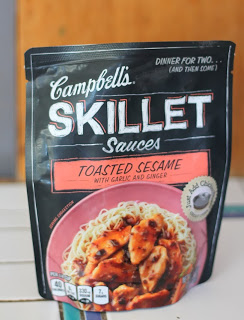 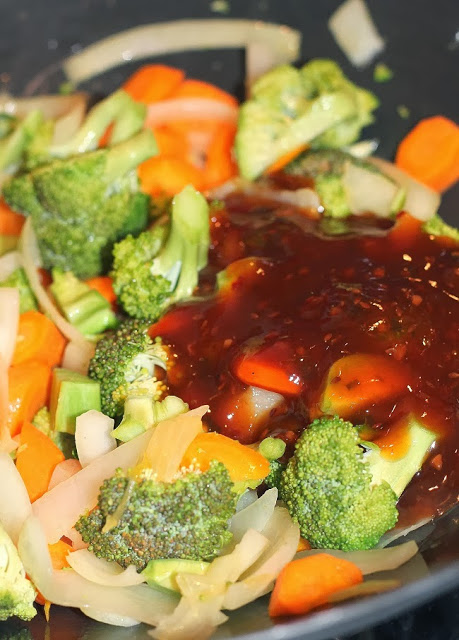 Anyway, I bought several of the skillet sauces from the store (this was before I had my slow cooker), with not so high expectations. It wasn’t that I thought they would taste bad, it’s just that packaged foods have a tendency of being too salty or a bit bland. I was pleasantly surprised when I gave the first sauce a try. 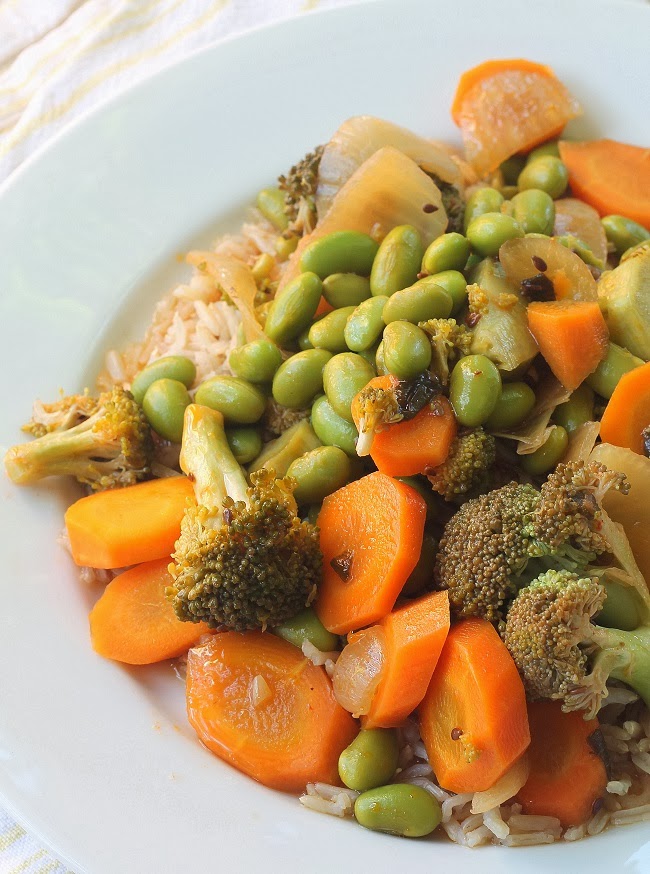 As for the time it takes to prepare a meal with one of these sauces, well, it’s practically nothing. In the stir fry I made first (recipe below), all I had to do to prep was chop up some carrots, onions, and broccoli, and throw some rice in the rice cooker. After that, I simply threw my veggies in a pan along with some edamame beans and the sauce and let it cook for a bit. Less than 15 minutes later it was done and ready to be served with rice.

That’s under 30 minutes for a whole meal! 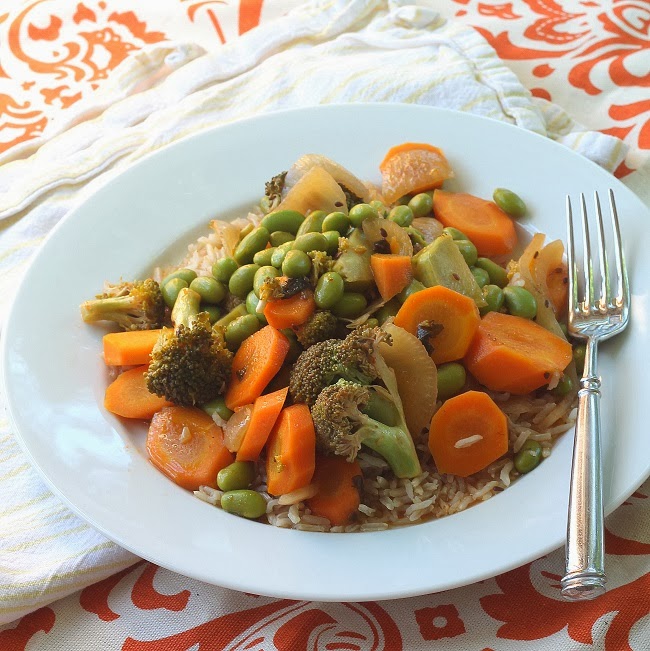 After my success with the Toasted Sesame flavor, I couldn’t wait to try the others. So far I’ve only given Thai Green Curry a try, but it sure didn’t disappoint. Full of flavor and spice and a great addition to meal of tofu and greens.

Next step: Go to the grocery store and buy some of the Slow Cooker Sauces. 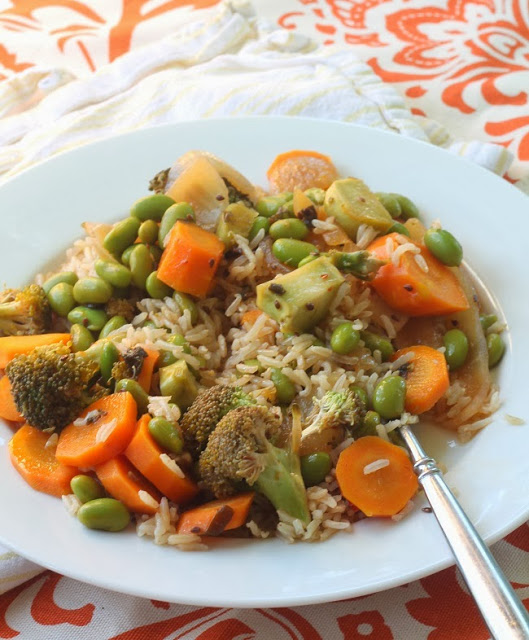 This post brought to you by Campbell’s Dinner Sauces. Weekend-worthy dinners with only weekday-level effort needed! Learn more at http://www.campbellsauces.com/.