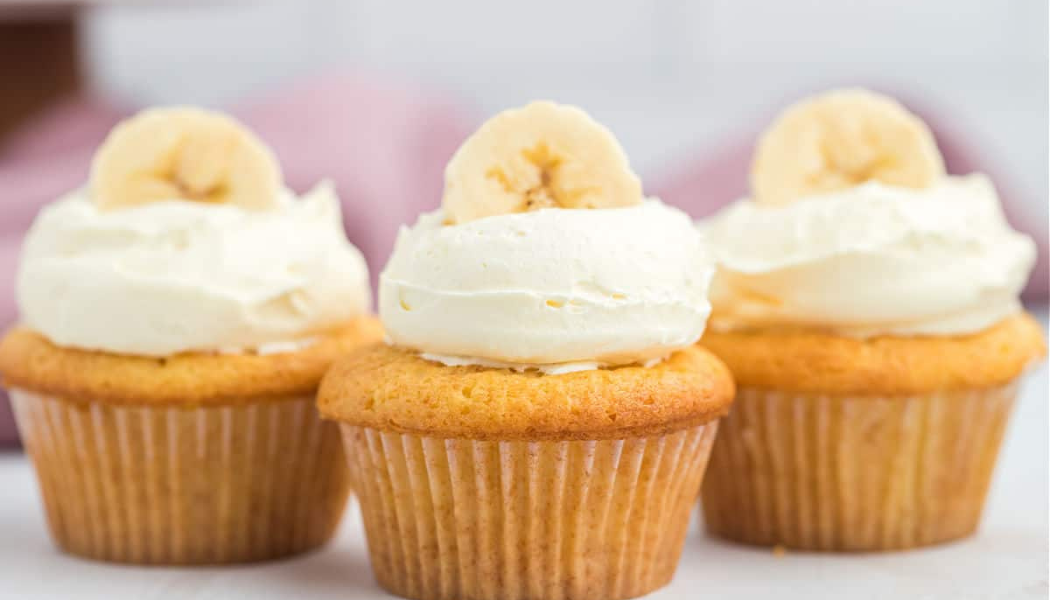 Among the hundreds of banana recipes, cupcakes got a crown. People are obsessed with banana pudding cupcakes as they are easy to prepare, nutritious, and delicious. There is no underlying secret to the delish recipe of banana cupcakes. It can be tried by even a beginner. Banana pudding muffins can also test your taste buds as you may have cravings once you eat them. The extra moisture of these muffins is really mind-blowing.

Banana pudding is a classic dessert. They are so many modifications made by different bakers and all the varieties are popular. Here is the recipe for the delish classic banana cupcake. The banana pudding cupcake is basically from the south. These delicious homemade white cupcakes are filled with banana pudding and topped with homemade frosting. If you love cupcakes and bananas, give them a trial and enjoy the delicacy.

Banana pudding cupcakes are popular in southern America. People make use of this irresistible dessert for church picnics, funerals, holiday family gatherings, tailgating, and all. People being lovers of bananas as well as vanilla pudding cannot resist it.

Banana pudding cupcakes are traditional cupcakes that people love. It is easy to prepare. There are a few tricks or tips that every cupcake bake baker can follow to get the maximum result.

Banana pudding cupcakes are the best because they are delicious in every bite. They have a delicious banana flavor and yummy creamy topping. The recipe is simple and can be tried by any beginner. The moist and fluffy cakes stay moist after days of baking. The cakes being a combination of cake mix and pudding provides us with a treat in every bite.

The cool frosting adds to the experience. Banana pudding cupcakes are highly nutritious. It is whole food for children and is the best option for lunch or snack boxes.